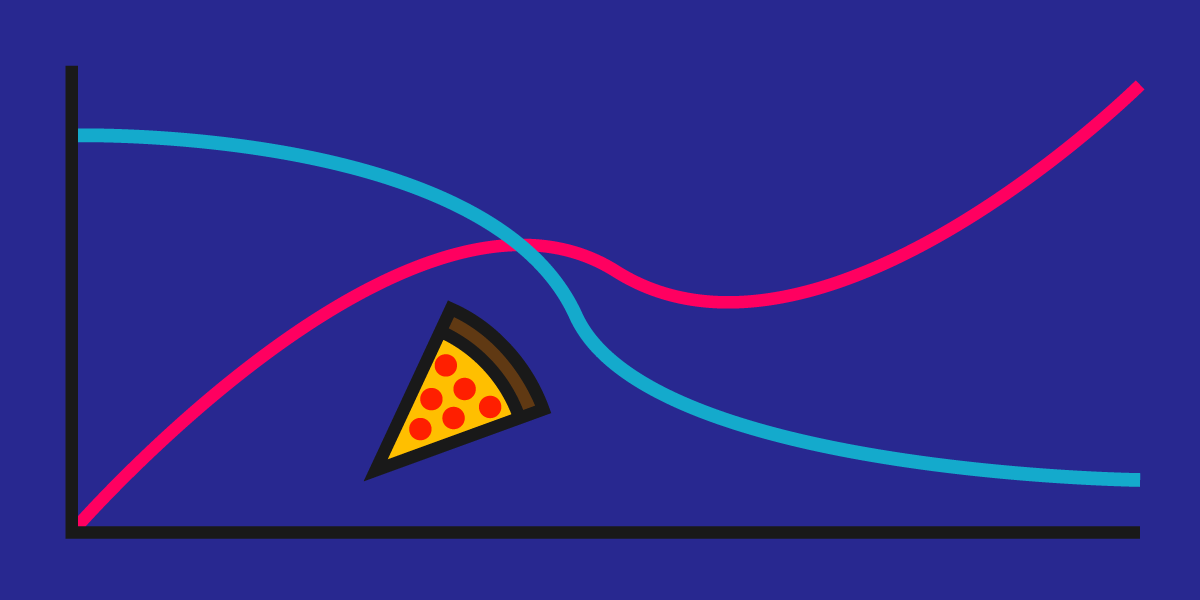 Hello reader. Neither a weekly feature, nor something so exciting as to deserve a !, I nonetheless wanted to write something which, from the outset, acknowledged that it’s kind of fun to write about food trends, but also sort of coolly detached and aware that writing about food trends—trying to say anything new about them or whatever—is hopelessly square, and pretty routine.

But I don’t promise much here. I just want to write about food trends….and to play around with the old Google Ngram tool:

The Ngram Viewer—I have no idea what “Ngram” means or stands for—is a funky little feature which lets you comb through Google’s book database for specific words or phrases, sorted according to how frequently they appeared in a given year. It’s simultaneously lot of fun, and probably very dangerous for drawing conclusions about anything.

One day, a while back, I decided to pop in some “food trends” and see what that gave us.

Now it’s probably problematic or inaccurate in a variety of ways to refer to avocados as a “trend”—but shh, look at the graph! That wonderful fruit which is so essential now is, in fact, pretty darn new to…well, I’m not sure. The google books database? The English language generally? Not drawing any conclusions, just noting that if avocados have seemed more popular since your youth, well, that’s probably an accurate observation.

Note: I am comfortable associating the word “trend” with something like avocado toast—mainly because of its infamous association with millennials. But—quel dommage—the Ngram tool only works through 2008, and I think all the hubbub about that was later. So avocado toast gets left out here.

Incidentally, you may be wondering at this point—2008? That’s ancient history! Who knows what was going on in the culinary world of 2008? That’s true, but we’re making do. These days it also seems true that food trends—you know, frozen yogurt shops with the self-serve stations, the REAL brunch craze, avocado toast (again)—only last about 2 to 3 years at their height (those poor empty former froyo shops…), and it seems hard to measure that kind of precise observation with a book compiler anyway. (I’m stating it as fact anyway because that’s both what I’ve seen, and what modern sociological methods have taught me.)

And in any case, what really peaked in recent years is invariably attached to the strange hipness(?) of the 90s and early 2000s. Check it out:

This graph’s most interesting feature, of course, is the fact that Kale has been around and fairly popular since the the first half of the 20th century where, get this, it apparently was a big wartime staple. But if you are as determined as I am to get more incisive details on the concept of “food trends”, you’ll also note that its resurgence—a slight one in comparison with the first—began happening in the late 90s. Is Kale a food trend? I don’t really know. Maybe not. Let’s move on.

This one kind of speaks for itself. Interestingly mimosas were actually more popular pre-20th century (well, the word “mimosa” was at least.) What did they call the meal at which they drank them? I haven’t a clue.

You can see an upturn in the bacon levels by the time 2008 rolls around here, but wow! Seems hard to compete with the bacon mania of the 1930s. I know less about the 1930s (Great Depression???) than Italian culture, so, again, let’s move on.

As we can see here, food really hit its stride in the late 30s, and has remained pretty constant ever since. We do like our food, I guess.

I honestly haven’t really existed the past six months, so I don’t really know what food trends are really…happening now. Thanks for reading.